Kim Powers is the author of the new novel Rules for Being Dead, the thriller Dig Two Graves; Capote in Kansas: A Ghost Story; and the critically acclaimed memoir The History of Swimming, which was both a Barnes & Noble “Discover” Selection and a Lambda Literary Award finalist for Best Memoir of the Year. Diane Sawyer called it “a riveting memoir: sensitive, wise and unsparing.” The New York Times Book Review called it “raw and engrossing.” He also wrote the screenplay for the festival-favorite indie film Finding North. His new play Sidekicked, a “one broad comedy” about Vivian Vance, was a sold-out audience favorite at Cape May Stage, NJ, and future productions are in the works.

Powers has worked at ABC News for the past 23 years, and is currently senior writer for the network’s iconic newsmagazine 20/20, part of the team that has received an unprecedented three consecutive Edward R. Murrow Awards. He has also received two Emmys for his work at both Good Morning America and 20/20, and has written for numerous other ABC shows including What Would You Do? with John Quinones, and primetime specials with Diane Sawyer, Barbara Walters, Robin Roberts and Katie Couric. But even more than his Emmys, he’s most proud of his unbroken record as the three-time winner of the ABC News Christmas Cookie Bake-Off!!

In 2007, he was selected as one of the “Out 100” – Out Magazine’s top 100 most influential LGBTs in the country. A native Texan, he is a Distinguished Alumni of his undergraduate college, Austin College. He also received an MFA from the Yale School of Drama, where he was managing director of Theater Magazine. He lives in New York City and Asbury Park, NJ, and is married to Tony-winning costume designer Jess Goldstein.

That’s the official version. For the between-the-lines version, READ ALL HIS BOOKS. IT’S THERE. 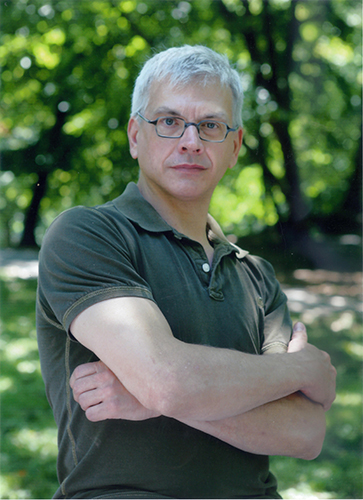 Read a fun essay I wrote called “Tarzan Made Me Gay!” for The Advocate

Read an article I wrote for AuthorsAnswers.com.

Happy to share this article about how I met my husband, many years ago. I preferred my title: “Driving Mr. Goldstein”!